I’m feeling good on this fallish fall day after having received the final phone call from a layperson willing to step into a leadership position. I received no hesitation from the 5 people we asked to step up and serve. Nothing puts wind in the sails of the pastor like people so willing to step up and “stand up and be the church.” Those people will be confirmed at our charge conference, so for now I’ll just say a general THANK YOU! You know who you are.
Our new leaders will join the rest of our administrative board and our whole congregation in contending with some real challenges and potential changes in paradigm in 2020. We will speak with anyone who would like to find out more as we launch our Pledge Campaign on October 6. During the Sundays of our pledge campaign, we’ll have the opportunity to hear from a layperson speak about their own commitment to the stewardship of the church—what inspires them, and why others should feel inspired to respond to the financial needs of the church. After worship on our kick-off Sunday on October 6, our Administrative Board will host a beans and cornbread lunch, as had been done in our church’s past, followed by a Q&A about our 2020 budget. We will be perfectly honest with the congregation—we see difficult decisions ahead if we cannot step up our giving pretty significantly.
Some of those difficult decisions will no doubt be discussed with the aid of district and conference leadership in a discernment/consulting process called “Conversations in Church Potential” which will begin the next day, October 7 at 3pm. Several of our church leaders, Martha Humes, Saletha Fuller, Brad Phelps, Rev. Carole Minter, will join myself and our District Superintendent, Rev. Cindy Havelik, our Conference New Church and Church Revitalization director, Rev. Chris Tiger, our District Leader, Bill Johnnie, and our District Missional Strategy Team Leader, Rev. Jeff Jaynes for this process.
Rev. Nathan Mattox
We have been exploring our Discipleship Pathway during September, and we will conclude that series at the end of September. I had a dream last night that I was preaching about the last component of that sermon series, which takes imagery from the top of our tower. I was preaching in our church and the back half of the ceiling cut out and there was a large window there to be able to view the tower from within the sanctuary. As I was preaching and walking back to the back of the sanctuary to draw on that imagery, I felt the disorienting sense of vertigo when viewing the tower from that perspective (aren’t dreams weird?). I was mowing the lawn this morning reflecting on the dream and my sermon this Sunday, and it occurred to me that what that tower symbolizes to our discipleship pathway—“Looking up and Finding God: being attentive to the way that God is fitting us together and “building us up into the spiritual temple” and being a symbol of strength and inspiration to our community—is indeed something that sometimes “disorients” us with the overwhelming magnitude of what we’re doing. But, perhaps it’s better to say that the path of discipleship “disorients us” from our usual myopic, self-involved, “worldly” concerns and focus and instead “re-orients” us on a larger perspective. We are God’s Temple. We live and move and have our being within God’s own presence and power. So, what we do to communicate the grace we have been given to the world around us, well, it matters the most. That’s real orientation. That’s a tower in the neighborhood. That’s a lighthouse in the fog. 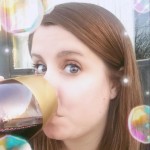